We know that these are unusually challenging times for New Mexicans, especially those of you who work in the public health and medical fields. We want to thank all members of our Network for the COVID-19 work you are doing in your specific communities and at the statewide level. We also want to honor the legacies of the New Mexicans we have lost to the virus and send our thoughts and prayers to their families.

Check out these Environmental Public Health Websites and Events

Thank you for visiting us on our new site. We look forward to continuing to post information here related to important New Mexico environmental health issues. Please share with others you know. You can also give us a LIKE on Facebook! 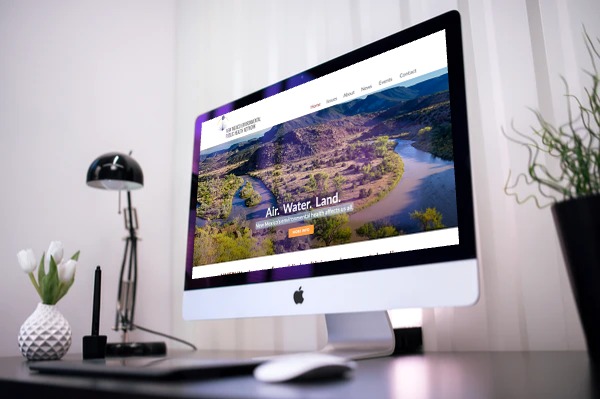 Last week the American Lung Association released its 21st “State of the Air” report on the quality of air in communities throughout the United States. The 2020 report—the 21st annual release—uses the most recent quality-assured air pollution data, collected by the federal, state and local governments and tribes in 2016, 2017 and 2018, looking at levels of ozone and particle pollution found at official monitoring sites across the United States. The “State of the Air” 2020 found that, in 2016-2018, millions more Americans were living in communities impacted by unhealthy levels of pollution in the form of more unhealthy ozone days, more particle pollution days and higher annual particle levels than in previous reports. New Mexico’s report shows that both some rural and urban areas in New Mexico are suffering from poor air quality. Many other counties in New Mexico do not have air quality monitors.

See the full ranking at http://www.stateoftheair.org/city-rankings/states/new-mexico/

Clearly the COVID 19 virus has been the top news item in public health for many weeks. There are now a variety of articles exploring the connection between the human health impacts of the virus and the impacts of climate change. A recent New York Times article discusses a Harvard study that offers the first clear link between long-term exposure to pollution and Covid-19 death rates. This link is being tied to the high number of cases in the Four Corners region, especially on the Navajo Nation.

Other publications are calling the current pandemic the warm-up for what the planet could be facing with climate change. While it is already clear that disadvantaged populations that already suffer from many of the social determinants of health are being disproportionately impacted by the virus, the impact of COVID-19 could exacerbate these even further. The Advisory Board (https://www.advisory.com/about-us) discusses this in a recent article.

Inside Climate News also covered this issue as it affects Texas, the other developer of the Permian basin.

COVID-19 emergency funding and resources from New Mexico Foundations can be found at the following websites from The New Mexico Association of Grantmakers and the Center for Nonprofit Excellence.


Transportation Emissions and Human Health — What is New Mexico Doing?

Pollution from transportation is rapidly becoming the major source of air quality challenges in cities and states throughout the country. Transportation emissions contribute heavily to ground-level ozone, which can aggravate asthma and contribute to early deaths from respiratory disease.

Despite these challenges, the U.S. Department of Transportation’s National Highway Traffic Safety Administration and the U.S. Environmental Protection Agency recently announced that they are relaxing  carbon dioxide (CO2) emissions and fuel economy standards for passenger cars and light trucks. The rule will increase corporate average fuel economy (CAFE) and CO2 emissions by 1.5 percent each year for model years 2021 through 2026. Previous standards, released in 2012, would have required 5 percent increases on those standards each year. The Environmental Defense Fund has estimated that this rollback could mean 18,500 more premature deaths and an additional 1.5 billion tons of climate pollution by mid-century. See edf.org to learn more.

What is New Mexico doing? This leaves it up to states to address this pressing issue. As part of New Mexico’s plan to reduce greenhouse gas emissions, Governor Michelle Lujan Grisham will be moving forward on fuel economy low emissions vehicle standards for cars and light trucks. Draft regulations and stakeholder listening sessions are expected sometime in 2020. The NMEPHN will be notifying stakeholders of the opportunities to support these standards. The State is also starting to convert some of its fleet to electric vehicles along with the supporting charging infrastructure.

The New Mexico Environment Department has also just announced its second round of grant funding recipients for the Volkswagen Settlement Monies emissions. New Mexico was the recipient of almost $18 million in funds after a federal settlement resulting from Volkswagen’s admission to installing devices on diesel passenger vehicles that misrepresented the amount of emissions during U.S. testing, resulting in excess emissions of nitrogen oxides (NOx). This round of funding in New Mexico, approximately $5 million dollars, was designated for the replacement of eligible diesel-fueled vehicles with alternate-fueled or all-electric vehicles, as well as light duty zero-emission vehicle supply equipment. These communities and organizations will be converting fleet vehicles to cleaner alternatives and installing electric vehicle charging infrastructure throughout the state. See the NMED bulletin for the list of awardees.

Though the 2020 legislative session was a short 30-day session, some pieces of legislation that will help address environmental public health issues were passed and signed by Governor Michelle Lujan Grisham.

Most of the legislation helps to improve water and wastewater systems in the state, but several clean energy pieces of legislation passed as well. Below is a summary of legislation that was signed by the Governor:

Senate Bill 29 – Solar Market Development Income Tax Credit
Provides a personal income tax credit of 10 percent of the cost of equipment and installation of residential, business (commercial or industrial) or agricultural solar thermal system or a solar photovoltaic system, with a $6,000 cap per taxpayer per year.

Navajo communities directly impacted by the U.S. government’s need for yellow cake or pure uranium to use in weapons of mass destruction continue to maintain their stance of four decades that there has been inadequate federal cleanup efforts and federal consultation with them on the clean-up of deadly mountains of uranium waste left by the mining, milling and transporting of uranium conducted by American corporations.

During the Navajo Nation Council’s Uranium Field Hearings, about 50 people attended the hearings, which started on March 6 at Diné College in Shiprock, New Mexico, followed by a field hearing at Navajo Technical College in Crownpoint, New Mexico, which was attended by about 50 people. Most of the attendees, who were primarily community members and a few elected officials, provided testimony to Navajo Nation Council delegates.

McKinley Collaborative for Health Equity (http://nmhep.org/partners/mckinley-community-che/) located in Gallup, New Mexico, and the Red Water Pond Community Association, a community directly impacted by the federal government’s uranium activities, have been educating decision makers about “Looking Within: Uranium Exposure and Health Outcomes,” which is a community based health assessment report, to support conducting a comprehensive longitudinal health study in McKinley County, New Mexico. http://nmhep.org/resources/hia-reports/mc-hia/

This effort will continue as we, McKinley Collaborative for Health Equity and the Red Water Pond Community Association, gather more grassroots and county support because it’s critical that all of the citizens of New Mexico understand that their water is being threatened with toxic pollutants and chemicals.

We know that this equation translates into destructive and toxic health disparities and equities, especially when uranium impacted communities and their members need to access adequate health care, safe drinking water and a healthy living environment.

Water does unite us and we invite you to support the “Emergency Water is a Human Right Act”  co-sponsored by Congresswomen Rashida Tlaib and Debbie Dingell, which would prohibit water shutoffs and ensure affordability protections for low-income households during the COVID-19 national emergency. See PolicyLink for more information.